America is a country which has many major industries such as cinema, modeling, fashion, etc. So, it’s not a surprise that America has many beautiful models and they work for many fashion and beauty brands & magazines all over the world.

Who Are The Best Models In The United States?

We have listed the best American models in the US.

Bella is a popular model in the United States. Did you know that according to science, Bella Hadid is the most beautiful women in the world. She started her modeling career in 2012. She even stopped her studies for modeling. It proves how much she loves modeling.

Bella Hadid joined IMG Models agency at her early days of modeling industry and she took part in New York Fashion Week at the same year. Bella appeared in Jalouse Magazine for the first time in December 2014. She has walked foray fashion brands such as Dior, Bottega Veneta, Fendi, Max Mara and Versace.

Gigi Hadid is the sister of Bella Hadid. Gigi is also a popular model in America. Jelena Noura Hadid is her real name, however many people call her as Gigi Hadid. Gigi explained how she got the name Gigi. Her mother’s nickname is Gigi and it passed to her. She revealed it in Vogue 2015 interview. Gigi and the British singer Zayn Malik married in 2015 and they have a child named Khai. Unfortunately, they divorced in 2021.

Gigi Hadid is one of the top 100 models in the world and she has a huge fan base. Did you know she started her modeling career at her age of two. Gigi joined IMG Models in 2013. Most of the popular magazines has atleast one cover with Gigi Hadid’s photo such as Vogue, Harper’s Bazaar, Elle and Paper Magazine.

Everyone knows Kylie Jenner because she has the second highest followers on Instagram. She made her record in 2018 as the youngest self-made billionaire on the planet by her company Kylie Cosmetics. She also has many other brands such as Kylie Swim, Kylie Skin and Kylie Baby. Apart from as an entrepreneur, she is a well-known model around the world. She also participated the TV show Keeping It With Kardashians. Kylie is the youngest daughter of Kris Jenner, who is also a model and tv personality.

Related: Kylie Jenner Proves She Is A Swim Wear Queen

No need to give an introduction to Kim Kardashian. She is a billionaire, model, socialite and social media personality, businesswomen, etc. Moreover, she has acted in a TV series Keeping It Up With Kardashians. It shows she is a multi talented person. Kim usually uploads her hot photos on Instagram. Many fans tell that she looks like a twenty years old girl. However, she is over 40 (born on ). Usually, famous models also runs their own brands. Kim is not an exception. She runs Skims clothing brand.

Megan Fox is an American model and actress, who was born on May 16, 1986 in Tennessee. She acted in many films, including the action film Transformers. She has been nominated for over 30 awards and won more than 10 awards. As a model, she worked with many magazines, fashion agencies and songs such as Skims, Boohoo, GQ Magazine, Cosmopolitan and Basic Magazine. Apart from all of these, Megan also voiced a character in an animated film Robot Chicken DC Comics Special. By the way, she has over 20 million followers on Instagram.

Kaia is a model who was born on September 3, 2001. She is a young and beautiful model in the United States. Kaia Gerber’s mom is also a model. She started her career in 2014 at the age of 13. Apart from modeling, she acted in some TV series and music videos. Kaia won the Breakthrough Model Award at The Daily’s Annual Fashion Media Awards in 2015 and the Model Of The Year award at The Fashion Awards (British Fashion Awards) in 2018. She has dated Pete Davidson and Austin Butler.

Hailey Bieber is the wife of popular American singer Justin Bieber, who was born on November 22, 1996. Hailey and Justin married in 2018. She has her own skincare products brand called Rhode, which is her middle name. Justin and Hailey appeared as couples in Vogue Magazine cover. She uploads her modeling pictures with a variety of outfits and fashion accessories on Instagram. She has also participated in the Met Gala with her husband in 2021. By the way, they also post couple goals pictures on social media.

Taylor Hill is a popular and young American model who works for Victoria’s Secret. She started to participate in Victoria’s Secret Annual fashion show in 2014 and she left Victoria’s Secret in 2018. She worked in some of the famous modeling agencies such as IMG Models, Visage Management, White Cross Management and Modelwerk. Did you know Taylor Hill also acted in some movies. Some of them are The Broken Hearts Gallery, Dating & New York, Good on Paper, Gods of Youth and Found Narratives.

Kendall Jenner is one of the top rated supermodels in the United States and she is one of the members in the Kardashian family. Usually, models run fashion or beauty brands. However, Kendall runs a tequila company named 818 Tequila. Kendall entered the modeling industry in 2009 and she worked with Wilhelmina International Inc. She works with many brands and agencies all around the world. Forbes mentioned her name in the list of top-earning models in 2015. Kendall has over 200 million fans on Instagram and other social media.

Jasmine Tookes is a former Victoria’s Secret model. She married Juan David Borrero (director of international markets, Snapchat) in 2021. She began her modeling career in 2010 by working for UGG. Jasmine also entered the top-earning models list in 2016, which was mentioned by Forbes Magazine. That time her estimated value was around 4 million US dollars. She took part in many runways such as Versace, Prada, Louis Vuitton, Tommy Hilfiger, Calvin Klein and Tom Ford.

Many models worked in The Society Management at least once. Jacquelyn Jablonski is not an exception. She was born on April 4, 1991 in New Jersey. She took part in the Supermodel of the World contest and won the second prize. She has walked six fashion shows for Victoria’s Secret since 2010.

Devon Elizabeth Windsor is an American model. She was born on March 7, 1994 in Missouri. She also attended six Victoria’s Secret Fashion shows from 2013 to 2018. She married Jonathan Barbara. Devon worked for West Model Management, IMG Models and Next Management. She appeared in Elle Magazine, many Vogue Magazines, 10 Magazine and Harper’s Bazaar. She is the founder of Devon Windsor clothing. She looks so hot in Maxim US photoshoot in 2017 and she got attention from many fans all around the world after this photoshoot.

Emily is a beautiful model who started her modeling with Maybelline New York in 2009 at the age of 18. In the same year, she joined Victoria’s Secret. Her first magazine cover is for Block’s October 2009. She walked in many fashion shows for rag+bone, Givenchy, Giles Deacon, Louis Vuitton and Chanel. She married Kyle Peterson in 2018.

Who Is The Most Beautiful American Model?

Bella Hadid is the most beautiful model in the United States. She is also the top 10 models in the world. 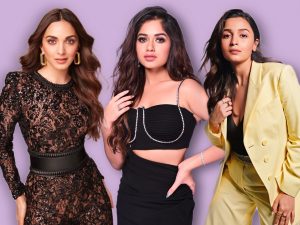