Sometimes, you may have this question. Are Indian women and girls beautiful? Definitely yes. There are many beautiful girls in India. Did you know India has the many cinema industries such as Bollywood, Tollywood, Kollywood and Sandalwood. Apart from the cinema, modeling is also improving in India. So, you don’t need to doubt about it. By the way, the celebrities we mentioned below will prove that.

Who Are Most Beautiful Indian Women?

We have listed the cute and beautiful Indian women and girls. Many of them are models and actresses.

Deepika Padukone is the leading actress in Bollywood movies and she is one of the top 100 actresses all around the world. Deepika started her career in 2005 as a fashion model and as an actress with the film Aishwarya in 2006. She is the wife of the well-known Indian actor Ranveer Singh. They married in 2018. Her father Prakash Padukone is a former badminton player.

Disha Patani is one of the hottest actresses of Indian cinema. Disha was born on June 13, 1992 in Bareilly, Uttar Pradesh, India. She is dating Bollywood actor Tiger Shroff. She has won many awards for her acting such as Most Entertaining Actor (Film) Debut-Female, Superstar of Tomorrow-Female and Best Female Debut from Star Screen Awards. Disha Patani inspired many people by her acting in M.S. Dhoni: The Untold Story.

Disha has collaborated with Calvin Klein as an influencer. She posted many sexy photos with CK bras and underwear. One of the photos among them was criticized by many of her fans because she is wearing a bra with lehenga on it and she captioned diwali wishes for her fans.

Alia Bhatt is a popular Indian actress. She is the daughter of Mahesh Bhatt and Soni Razdan, who was born on March 15, 1993. By the way, Alia is not an Indian citizen. She has British citizenship. Alia attracts many young audiences by her mind blowing acting and beauty. Alia and Bollywood actor Ranveer Kapoor loved each other for many years and they married in 2022.

Alia Bhatt acted for the first time in a movie named Sangharsh as a child at the age of six. Then, she performed the leading role in the film Student Of The Year and she became popular from her first movie. It’s an iconic record. Moreover, she has won many Filmfare Awards, lFFA Awards and Zee Cine Awards. By the way, Alia was nominated for more than 50 awards and she won over 26 awards. Did you know? Alia Bhatt dropped out of school for her acting career.

Pooja Hedge is one of the leading actresses in South Indian Cinema. Pooja was born on October 13, 1990 in Mumbai. She acted with many famous actresses such as Allu Arjun, Thalapathy Vijay, Mahesh Babu and Prabhas. She worked as a model before starting her career as an actress. Pooja started her acting career with the tamil film in 2012, which is directed by Mysskin.

Pooja can speak English, Hindi, Kannada and Marathi. She likes to eat pizza and travelling is one of her best leisure time activities. You can see her Instagram. Many of the photos are showing her travelling activities. She has won some of the awards such ad South Indian International Movie Awards, Zee Cine Awards Telugu and Zee Golden Awards.

Anushka Sen is one of the youngest, cute and beautiful Indian social media personalities, who was very popular in TikTok before it was banned in India in 2020. She is still very famous for her Instagram reels and Moj app videos. She is also a television actress and model. Anushka Sen started her acting career in 2009 since her childhood. She played the role Lakshmi Bai, the Rani of Jhansi in the Jhansi Ki Rani television series.

Rashmika is called as the International Crush and Expression Queen by her Indian fans. So, who is she? Rashmika Mandanna is a South Indian actress who was very popular with her cute acting and expressions. She has many followers on Instagram among other South Indian actresses. Telugu actor Vijay Deverakonda and Rashmika are one of the best celebrity friends. They gave the best acting in the Geetha Govindam movie and it impressed many people, including some celebrities.

Ananya Panday is a young Bollywood film actress, who was born on October 30, 1998. She entered the film industry with the film Student Of The Year 2. She is the daughter of Chunky Panday and Bhavna Panday. Ananya also has a sister named Rysa Panday.

Ananya Panday entered the cinema industry with the film Student Of The Year 2 and she easily got many of the young audiences all around India like Alia Bhatt. Ananya started “So Positive” to prevent bullying people on social media. It is one of the great things and many actors appreciated her idea.

Janhvi Kapoor is the daughter of film producer Boney Kapoor and actress Sridevi. Janhvi started her acting career with Dhadak (directed by Shashank Khaitan). She showed her amazing dancing talent in the song “Nadiyon Paar” and became very popular among people. Janhvi has millions of followers on Instagram. She usually posted her workouts and iconic photoshoots. Some fans said that many of her photos looked like Kim Kardashian’s photo shoots. Janhvi also follows Kim Kardashian on Instagram.

Neha Sharma is a model and actress. Her first movie is Chirutha, which was launched in 2007 and her first Hindi film is Crook. She was born on November 21, 1987. Neha has a sister named Aisha Sharma. She usually spends her free time cooking, listening to music and dancing.

Tara Sutaria is a singer and actor, who was born on November 19, 1995 to Himanshu Sutaria and Tina Sutaria. She has a sister named Pia Sutaria. Tara started her professional life as a singer. After a few years, she acted in her first film Student Of The Year 2 (SOTY 2). Ananya Panday also acted in this movie. Tara won the Best Female Debut award from Zee Cine Awards for Student Of The Year 2. She also acted in Marjaavaan, Tadap, Heropanti 2 and Ek Villain Returns.

Kriti Sanon is a model and she is also one of the most beautiful Indian actresses. She was born on July 27, 1990 in New Delhi. Kriti started her acting with the film Nenokkadine with Mahesh Babu, who is one of the greatest actors in Telugu cinema. Kriti’s second film is Heropanti and she won the Filmfare Award for Best Female Debut for her acting in this movie.

Kriti proves she is also a talented actress apart from her beauty. She got all age groups attention from the movie Mimi. Her extraordinary performance impressed many celebrities and fans. By the way, Mimi is one of my favourite films ever. Kriti Sanon has a YouTube channel and she uploads her daily routine, movies behind the scenes and vlogs on it.

Jannat Zubair was born on August 29, 2001 to Zubair Ahmad Rahmani and Nazneen Rahmani in Mumbai. She is a television actress. She has been mainly acting in Hindi television shows and serials since her age of nine. Apart from that, she also took part in the Bollywood movie Hichki in 2018. Some of her films are What Will People Say, Luv Ka The End and Aagaah: The Warning. Jannat has over 40 million followers on Instagram. If you want to know about Jannat’s daily activities, check her YouTube channel.

Krithi Shetty is a Tollywood actress, who was born on September 21, 2003 in Mumbai. She became popular with her movie Uppena. She is one of the cute and youngest actresses of Indian cinema. Some of her films are Shyam Singha Roy, The Warriorr, Macherla Niyojakavargam and Bangarraju. Krithi got people’s attention from her cute acting and she achieved this milestone in her young age.

Kiara Advani is one of the hottest girls of India. She is a model and actress. She has attended many photoshoots, including Dabboo Ratnani’s nude photoshoot. It became a controversy. She has been working as an actress since Fugly, which is directed by Kabir Sadanand. She worked in Hindi and Telugu films. Her earlier name was Alia Advani but she changed it to Kiara Advani for the cinema industry. Because, Alia bhatt also established the Bollywood industry. So, it’s hard to remember her. She also acted in the role of Sakshi Rawat in M.S. Dhoni: The Untold Story.

Sara Ali Khan is an actress, who is the daughter of Saif Ali Khan and Amrita Singh. Sara completed her BA degree from Columbia University. She entered the cinema industry in 2018 with the film Kedarnath, which is directed by Abhishek Kapoor. She had the opportunity to act with Sushant Singh Rajput in this movie. She took part in more films such as Simmba, Love Aaj Kal, Coolie No. 1 and Atrangi Re. She has acted in a few movies however, she has won over 5 awards.

Priya is an Indian actress, model and singer who was born on October 28, 1999 in Thrissur to Prakash Varrier and Preetha Prakash Varrier. Priya Prakash played the role Priya in Oru Adaar Love and she attracted many boys by her cute winking. She also acted in Ishq: Not a Love Story and Check. Priya has over 7 million followers on Instagram.

Palak Tiwari is the daughter of television actor Raja Chaudhary and actress Shweta Tiwari. She was born on October 8, 2000. She is young and looks very gorgeous. You can find her hot and sexy photos on social media. She has more than 1 million followers. So, we can expect her in Indian cinema very soon.

Adah is one of the hottest Indian women. She was born on May 11, 1992 in Mumbai, Maharashtra. She is an actress and a model in India. She has acted in many movies such as Bypass Road, Rana Vikrama, Hasee Toh Phasee, Charlie Chaplin 2 and Commando 2. Moreover, she acted in many short films, web series and music videos. Commando 2 is an action and thriller film, many fans liked her acting in this film. Adah looks so glamorous and beautiful. It clearly proves that she is a hot Indian babe.

Smriti Mandhana is a popular Indian cricketer. Smriti was born on 18th July 1996. She has been the best female cricketer in the world in 2018. Apart from her amazing talent, she is also a beautiful girl in India. Many young boys really like her. She has over 6 million followers on Instagram.

We already mentioned Pia Sutaria is the twin sister of actress Tara Sutaria. Pia is also a beautiful Indian girl like her sister, she is a ballet dancer and the founder of ICMD India dance school.

Khushi Kapoor is the daughter of Boney Kapoor and Sridevi. Bollywood actress Janhvi and Khushi are sisters. She is one of the youngest and hottest Indian girls. Khushi was born on November 5, 2000.

This table describes all of the beautiful Indian girls we have mentioned in this article. 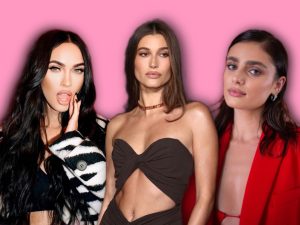