If you have an Instagram profile, you will definitely know the word “Kardashian”. Kardashians became popular with the TV programme “Keeping Up with the Kardashians” in 2007. Kris Jenner is the mother of Kardashians. Kardashians have millions of followers on every social media platform. Every fashion brand collaborates with them. While only some of their fans know these secret Kardashians facts. Do you know these facts?

We have listed some of the best interesting and fun facts about Kardashians and Jenners.

Kendall took part in a Pepsi Ad which went viral and controversial. Because, Many people tweeted this advertisement refers inequality between black people and white people and some celebrities tweeted that if you are not getting arrested, give a Pepsi to police officers. As a result of these tweets, Kendall apologized to take part in this ad and also Pepsi apologized Kendall Jenner and its customers for this advertisement video.

Usually, people search on Google about celebrities favourite color, food, sports, perfumes and favourite brands. But, Do you know what is the favourite animal of Kylie Jenner? She revealed it via a tweet in 2011 that is The Black Panther.

Kylie is the youngest daughter of Kris Jenner. She started a cosmetics brand called Kylie Cosmetics which gave her a great success. After that, she started more brands such as Kylie Skin, Kylie Swim and Kylie Baby. Kylie Cosmetics earned billions in 2019 which made her the youngest self-made billionaire on the planet at her age of 21. The Forbes Magazine officially confirmed it. However, she is a millionaire now (in 2022) because, she sold Coty Inc 51% share of Kylie Cosmetics.

We like to add peppers, mustard and Blue cheese in our daily meal and if we cook Indian or Italian food, pepper and mustard are taking the essential roles in the food. On the other hand, Kim Kardashian hates foods which contain more mustard, peppers and blue cheese.

5. Kylie has a big mark on her left leg

Kylie has attended many photo shoots and there is a large mark on her left leg in every photo. So, do you have any idea? Kylie revealed the secret of her large scar in a fan Q&A in 2011 and she told that in her age of five she and her sister Kendall were playing hide and seek. Kylie is an expert in hide and seek so, she hides inside a tall gate and her sister didn’t find her for a long time. Therefore, Kylie decided to go outside. She climbed up the tall gate which as sharp poles. While she was climbing up the gate, her legs were slipped and a sharp pole went into her leg. She was trying to get the pole out, but, it tore through her leg. It was a painful moment. This is the story behind her big scar.

8. Kendall is the tallest daughter of Kris Jenner

Kendall is 179 centimeters of height and she is the tallest daughter of Kris among the Kardashians and Jenners.

Kim Kardashian founded the underwear and clothing brand Skims. She has a market value of $3.2 billion in 2022. Kim also founded many brands such as KKW Fragrance and KKW Beauty.

11. Kylie Jenner earns a million dollars from an Instagram promotion

Kendall and Kim usually attend Nude photo shoots. Some of the examples are Kendall took a nude photoshoot for Garage Magazine, Calvin Klein Ad and Jacquemus campaign. Many times Kim posed fully nude for her brand Skims and Paper Magazine.

Some women wash their hair everyday, but, Kim washes it every 4-5 days because she wishes to protect her hair and she uses Leonor Greyl PARIS shampoo which costs nearly $67.

14. Kendall usually shows the middle finger to the paparazzi

Kendall has a habit of showing middle fingers to paparazzi. Most of the time, you would notice it from her street style pictures.

Kourtney Kardashian is the only daughter of Kris, who went to college. Other sisters didn’t go to college. Kourtney went to University of Arizona and got a bachelor degree in theater.

16. Kim dries her jewellery before wearing

Kim said that she blow dry all her jewelry before she put it on, via a tweet on February 2, 2011.

After a robbery at the gun point in her apartment in 2016, Kim limited her jewellery and she wears fake jewellery in public.

Kylie Jenner usually makes pancakes. Even though, she doesn’t like chocolate cake.

19. Kourtney has the stage fright

Kourtney was a shy person and didn’t like acting while she took part in Keeping Up with the Kardashians Season 1. She revealed it in many times.

20. Kim and Kylie have the Rolls Royce

Kylie Jenner Proves She Is A Swim Wear Queen 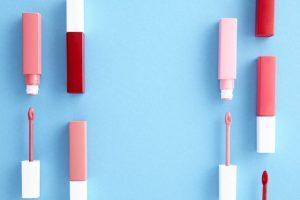 Kim Kardashian Shows That She Is Still A Hot Girl